Posted by ruggeropellegrin on November 12, 2018 in Uncategorized |No Comments

Thanks to Kelly and Dave of the Bay Area Photoclub in Houston we break a multi-month photography abstinence and decide to go to the most impressive bike rally we’ve ever seen! A great organization 250,000 bikes in a sunny and warm Galveston. For the details: you can watch the news  and for the pictures just follow me at the Lonestar Bike Rally 2018!

All pictures (280 out of which I will keep only 40) were taken with the Canon 5D-III and a mix of Canon 50 mm f/1.2 and 100 mm f/2.8. The biggest struggle was to cope with an unforgiving clear sky + sun, distracting backgrounds and fast moving subjects that required some attention during the shooting and the post pro. I used Lightroom with a preset based on an Agfa XPS160 film (slightly modified by me), and finished the job in Luminar: a software that I keep on using and liking a lot. The main post-pro activity was finalized to reduce the background interference, keep the highlights under control and trying to give the film effect that I had in mind.

Safety first! And business second: this lawyer is specialized in bikers and could not miss the opportunity to sponsor the rally. His motto ‘We ride, we care, we WIN’ reminds me of the Caesar’s ‘Veni Vidi Vici ‘ in a US-modern key…’.  Let’s move to the next one. 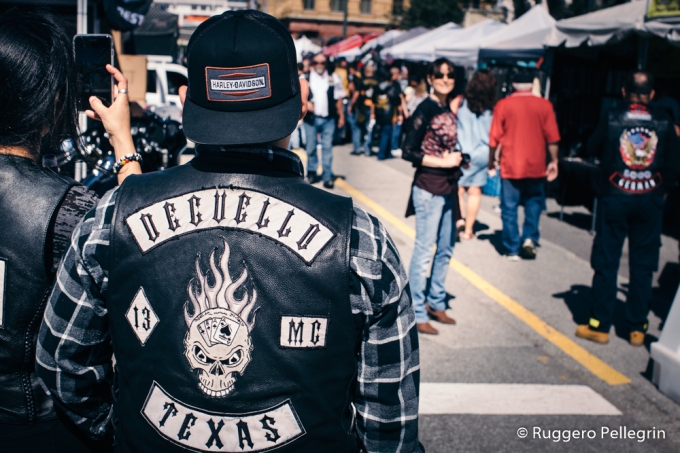 V.I.Ps: two members of the ‘Deguello’ motorclub immediately recognize Marta walking down the street and asked for a picture… we just could not say ‘no’ and risk to hurt their feelings. Unfortunately we had to decline joining them for a party later that evening. 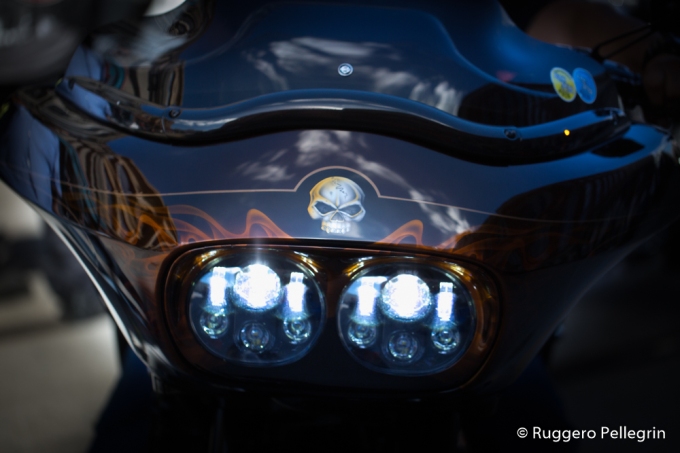 Masterpiece Bikes: my career as a biker ended prematurely some 20 years ago on the road to Sassi (Torino, Italy) where I left on the tar my new Ducati along with some skin and bones. That event developed  in me a certain detachment from the 2 wheels world, still I must confess that some (many!!) of the bikes seen in Galveston were something unique. 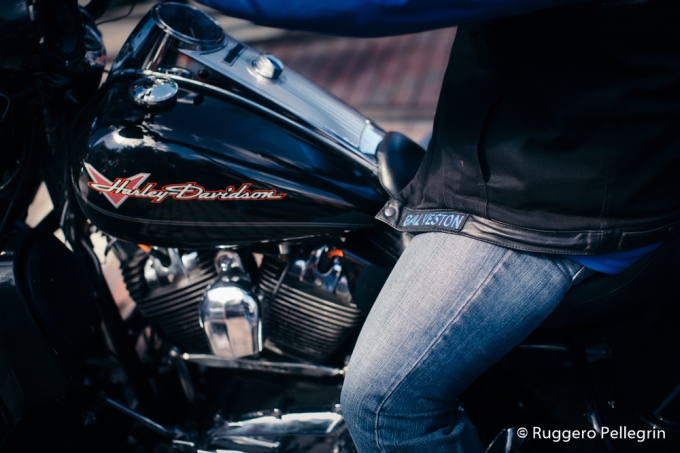 Harley Davidson + Galveston: a good match for this rally at least for Saturday 3 November when the weather was sunny and the sea breeze made it a great day. But there were not just Harleys: bikes and three-wheelers of almost any shape and level of customization, unique pieces with strong personality and appeal.

Here comes the best part of the show: the people we met there. Not only the riders but also the crowd and those working at the stands: some of them were true characters and soon I began taking pictures of them and loosing interest for the bikes.